Don’t judge a movie by its genre

From black-and-white silent films to superhero flicks, all movies have something to bring to the table.

Within the past six months, a plethora of superhero movies have been released in theaters, and people have mixed opinions. Of course they do — everyone has movie preferences. From preferring action over romance, to liking Marvel more than DC, all people have their own individual beliefs and opinions about the content that they consume.

These biases are human, natural, and on their own aren’t anything harmful, AP Language teacher Keith Anderson explains. “You [don’t] need to feel apologetic for your own preferences,” he says.

These preferences only become concerning when they cause people to become close minded. Not liking a few rom-coms doesn’t mean all rom-coms are bad. Not understanding the plot of a Marvel movie doesn’t mean that die-hard fans are invalid in their investment. Likewise, being bored by classics like “Gone with the Wind” or silent films like “Metropolis” doesn’t mean they hold no value.

According to Anderson there’s a real bias by critics against narrative filmmaking. “The ability of a movie to hold your attention as it goes through its plot, to have scenes which are well paced, to have angles and cinematography that make what’s going on clear… it’s craft,” he says. While entertainment-focused films don’t necessarily contain the deeper, more intricate meanings that are found within arthouse films, there is a large level of merit to the ability of filmmakers to grasp at their audience's attention and to keep them seated. Filmmaking doesn’t always have to be revolutionary — it doesn’t even always have to have a deeper meaning.

The film industry is full of critics, and when movies of all genres are ranked and reviewed on the same scale, ratings can get really skewed. Why are movies like “Avengers: Endgame” put under the same scrutiny and standards as “Dead Poets Society”? It’s an unfair game. They’re apples and oranges — entirely different genres of film made for entirely different purposes. In this game, classic films like “Dead Poets Society” will always win when compared to the more typical blockbusters.

Generalizing an entire genre of movies, no matter the type, discredits the artistry of filmmaking. From the expertise of camera movements in intricately produced cinema, to the ability of blockbusters to grab at the attention of the masses, all movies bring something to the table. Dismissing the work of filmmakers because their product does not meet society’s typical standard of entertainment isn’t an impressive hot take. Rejecting cinema because it bores us, challenges our thinking, or is confusing confines us in our worldview.

TV and film production teacher George Mayo questions why there is this belief that all film is meant to be entertaining. “It’s a matter of closing yourself off to different forms of art just because they don’t prescribe to your particular view of what you find entertaining,” he says. There are hundreds of lesser known films that will probably never gain traction precisely because of this, partly because they challenge the public's view of what film is and can be.

One film genre known for challenging views around film is neorealism. The neorealist film movement began in post-World War II Italy as a response to Hollywood’s version of film, which was all about staged happy endings and puzzle pieces that fit perfectly together. Neorealism was characterized by stories about the poor and working class and films were shot on location, used non-professional actors, and was adapted and changed based on the real-life circumstances that occurred when filming.

One of the relatively unknown films that Mayo mentions is from this era of film. It’s called “Killer of Sheep” and is directed by Charles Burnett, a famous Black filmmaker. It follows the life of individuals in Watts, a predominately black sector of Los Angeles. Mayo explains Killer of Sheep as a completely new interpretation of movies and film. “The production, the pacing of the film, everything is just so different than what… people are used to seeing, [so] they’re turned off by it,” he says. 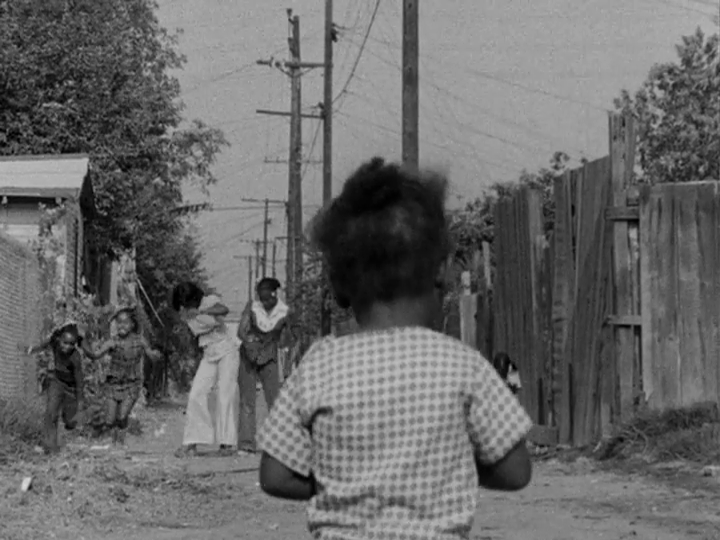 Photo: A still from the neorealist film Killer of Sheep (Courtesy of Filmgrab).

A still from the neorealist film Killer of Sheep (Courtesy of Filmgrab).

Despite how revolutionary neorealism and films like “Killer of Sheep” were, they remain relatively unknown. Mayo says that the reason for this is because of how unconventional the genre was. “People go to the movies to be entertained… they want that kind of clean cut ending, that happy ending,” he says. In this sense, neorealist films did not fit the movie mold.

When we are exposed to film that doesn’t fit this mold, there is often a knee jerk reaction to criticize it or defend our lack of understanding, rather than welcome in confusion. “I think we’ve all prescribed to [this belief of what] cinema should be,” Mayo says. “When we’re faced with something that’s really different than that [belief]... the reaction seems to be, ‘oh no… I can’t process that, that doesn’t make sense to me’… but it doesn’t have to make sense,” he emphasizes. A film not making sense doesn’t mean that it is bad or not worth seeing. Films that challenge our preconceived conventions and values allow us to perceive the world in a larger multitude of ways.

While neorealist film is an impressive art form, as an entertainment form, it is unappealing for many. There’s nothing wrong with that. At the same time, calling blockbuster movies that are more focused on tight action shots and engaging, easy to watch visuals “plotless” and “shallow” because they aren’t revolutionizing the filmmaking industry neglects the hard work that more traditional filmmakers put into their craft.

It's important to understand that movies are made for a variety of reasons, whether it’s to entertain, to challenge or to educate. Movies made for the purpose of entertainment have a lot of value in their own front. People’s value of different types of movies are change based on their taste and mood Evelyn Mosley, Blair junior and film club co leader says. “Not everyone wants to sit down for three hours and watch an arthouse film,” she points out.

While more artsy films might get discredited by the general public, film critics are the ones often slamming movies focused on entertaining the masses. In the same way that movies are allowed to not be entertaining, they’re also allowed to be just that, entertaining. Justin Chen, Blair senior and film club co-leader, knows that people don’t always want to have to think while watching a movie. “It’s nice to have a sort of relaxing movie to watch to entertain yourself,” he says. Film doesn’t always have to be unique, extraordinary, thoughtfully shot and put together. For some, personal enjoyment is much more important when it comes to consuming movies.

The knee jerk reaction to reject a film because it makes us uncertain or uncomfortable holds us down and stops us from seeing new perspectives and interpretations of the world. At the same time, there is nothing wrong with a film that does not challenge us. Movies are made for a variety of reasons, and it’s important to recognize that while viewing them. Letting your preconceived notions allow you to lump a genre of film into one category discredits the craft of filmmaking. So, the next time you’re scrolling through Netflix, and come across a movie that really gives you the “ick” — whether it be arthouse or action — don’t jump to judge.

Lillian Paterson. Hey, I'm Lillian (she/her) and I'm a staff writer for SCO. When I'm not being totally consumed by school work I like to play guitar and read. More »