President Barack Obama announced that he and the House Democrats would be renewing their effort to pass a comprehensive immigration reform bill the same day after the government reopened. The Republicans, who took much of the public blame for the government shutdown, may be forced to negotiate with the Democrats in order to reclaim some of their dwindling voter base.

In his speech, Obama stated that the passage of an immigration bill, a long-term budget plan and a farm bill are the top priorities for the Democrats in Congress over the next three months. Senate Majority Leader, Harry Reid (D-Nev.) has also placed immigration on the Democratic agenda for the rest of the year. 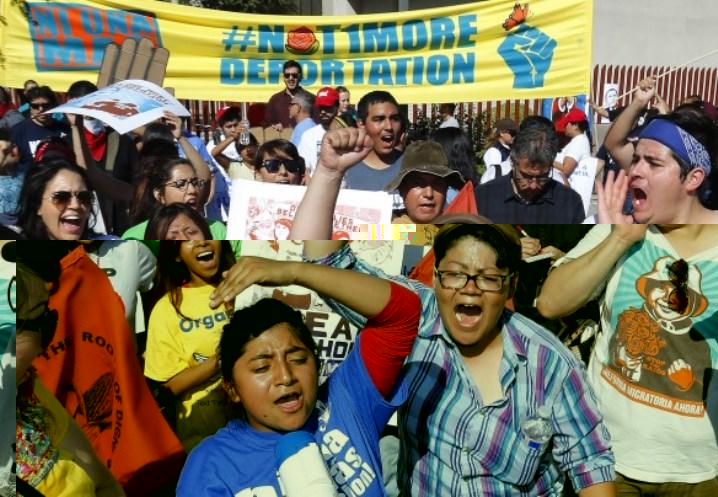 Photo: Activists at an immigration reform rally in Phoenix, AZ.

The Democrats are introducing a bill similar to the one that Senate passed in June, but with a few key differences. According to Rep. Joe Garcia (D-FL), the bill takes the legislative work done in each House and puts them together, with enough room for compromise.

Many believe the Democrats are using the Republicans' current negative image for their own gain. "I think the Democrats are taking advantage of a low point in the Republican Party's popularity to push legislation that Republicans likely must support in some fashion or risk losing even more potential voter support," Blair government teacher Lansing Freeman said. "Whereas it seems hard to imagine the Congress acting successfully on most legislation, especially something as controversial as immigration reform, the Democrats have chosen a fairly politically advantageous moment."

Whether that strategy will work, however, is another question entirely. Key Republican leaders have already begun to challenge Obama's agenda. Rep. Raul R. Labrador (R-Idaho) recently stated that negotiating with Obama would be a mistake. Labrador also expressed the fear that Obama is trying to destroy the Republican Party, and that the push for immigration reform was an extension of that goal.