The average TV watcher tends to choose some reality show or TV drama, but there are also some interesting programs to watch if they happen to tune in on the right channel at the right time. An often-overlooked channel is Animal Planet. For many, Animal Planet may sound like it airs little more than documentary style exposés of wildlife in their natural habitat. However, many of their recent shows stay true to their new slogan: "Animal Planet. Surprisingly Human." Although, Animal Planet's "My Cat From Hell" may sound like a cat-astrophy, it's surprisingly good and addicting. 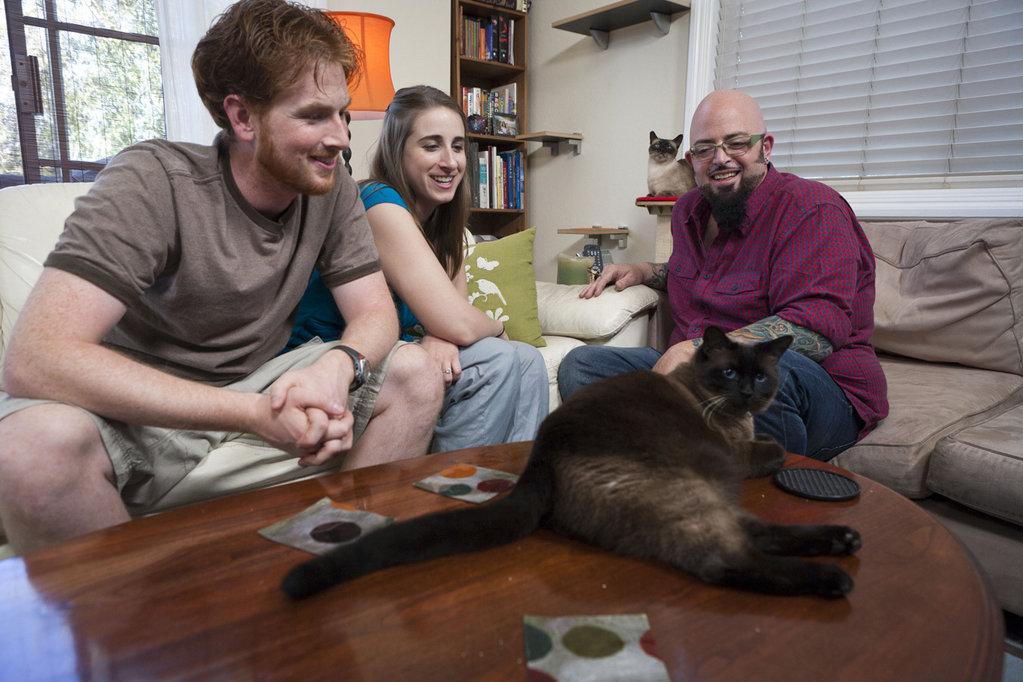 My Cat From Hell

"My Cat From Hell" follows host Jackson Galaxy, a dubbed "cat listener," as he helps rehabilitate "hellish" cats and train their guardians. Galaxy is like the Dog Whisperer, Cesar Millan, except Galaxy works with cats instead of dogs. Besides their subjects of expertise, Galaxy is also much different from Millan. Don't be surprised if Galaxy doesn't have the suave and clean cut look that Millan has. Galaxy's long beard and sideburns to make up for his bald head, along with his tattoos, piercings and guitar case make Galaxy appear as some motorbike thug off to his next gig. However, his rough appearance contrasts his sweet personality and determination to help desperate cat owners in need.

Galaxy visits a number of cat owners on the verge of giving up their pets, due to the cats' uncontrollable behavior. However, Galaxy encourages the owners that there is a possibility that their "hellish" cat can be helped. He starts off with a visit to the cat owners' home to observe the cat, the owners' interactions with it and the environment itself.

Through patience and an intricate collection of cat toys in his guitar case, he is able to tame the so-called beasts. His initial success during his first visit immediately offers a glimpse of hope to the once skeptical owners. His skill and understanding of the cats' problems and needs, along with knowing how to fix the bad behaviors, is attributed to his 15 years of experience studying the behavior of cats.

Other than his interactions with the cats, he also conveys the idea that the cats are as much of a family member as the humans in the owners' family. With this new perspective and a sight of hope in fixing the cats' behaviors, the owners gain confidence and respect for Galaxy. Galaxy then tells them what exactly is causing the cat to behave so erratically and what the owners must do in order to stop the cats' negative behavior. Through video documentation before, during and after, audiences can witness the positive progress both the cat and the owners make with the help of Galaxy. Footage from a team of camera crew from Animal Planet and home footage from the cat owners document the owners' ferocious feline prior to Galaxy's visit. The camera crew then videotapes Galaxy as he visits, earns the cat's trust and offers advice to the frantic cat owners. Then the owners, along with the camera crew, document footage as a follow up after Galaxy's visit to show the improvement of their cat's behavior after following Galaxy's suggestions.

This isn't necessarily the show to tune into for laughs, but rather lessons about how special cats can be. Besides learning some helpful hints about the behavioral science of cats, seeing Galaxy's ability to connect with not only the cats, but also the cats' guardians makes the show worthwhile to watch.