Celebrities trade in the high-life for the high-dive as they compete in the new ABC reality show "Splash." It already sounds like a hot mess, which in 21st century television may just qualify for a hit. 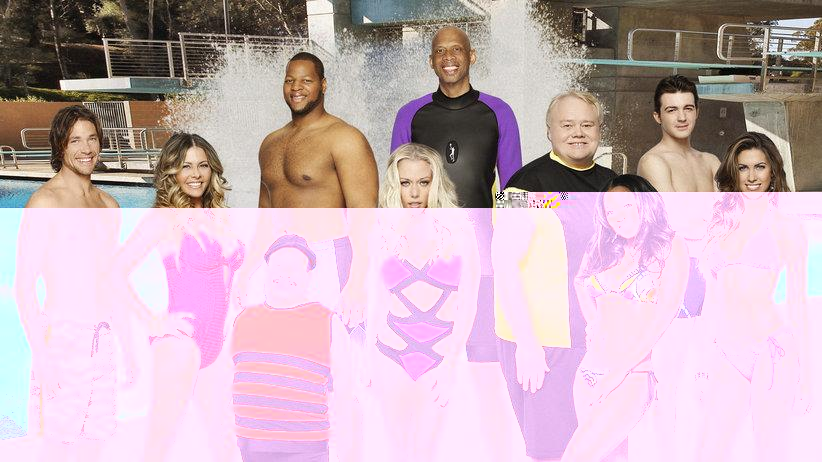 Luckily, Olympic diving medalist Greg Louganis helps coach these celebs into tip-top shape. Well actually, not quite. Don't expect to blown away with Olympic worthy dives coming from these celebs any time soon. However, what is truly remarkable and makes the show worth watching is seeing the journey and effort that some of these contestants go through.

Before each contestant takes their dive, clips from their six weeks of training are played. The most inspiring story is Anderson's. He weighs over 400 lbs, so the idea of him doing competitive diving may seem laughable and one may even pity how this reality show will only prompt more jokes about his weight. However, this show highlights how the contestants' work together to encourage each other to do their best. The audience watches as the other contestants help Anderson out of the water and as Abdul-Jabbar gives him a pep talk. Anderson tells Daily Mail he sees "Splash" as an opportunity for him to take steps to living a healthier lifestyle.

The show is meant to be inspiring and the cutaway scenes depicting the celebs struggling in the water are not meant to be funny. The reality of this "reality show" is that it isn't meant to show the angry and wild sides of these celebs, but rather their dedication and inspiring attitudes.

However, the show fails to reach its potential to be both entertaining and inspiring. The grandiose set and the contestants' flashy swimsuits give off a cheap game show appearance. The hosts, Joey Lawrence, "Blossom" and "Melissa & Joey" star in the show, and Charissa Thompson, on-air ESPN personality, appear stiff with fabricated enthusiasm. The judges, Olympic diving gold medalist David Boudia and U.S. Dive Team director Steve Foley, seem a bit overqualified for the show. They base much of their scores on how much they admire the diver's effort, rather than skill, since most of the dives are mediocre.

Although the majority of dives are average, there are impressive aquatic techniques shown, especially in the opening sequence and synchronized swimming routines before and after commercial breaks. So whether you're looking for some inspiration or impressive aquatic skills, take a chance and come on in, the water's fine.