On Tuesday night's wrestling meet, the Blazers (23-2) beat the Northwood Gladiators (0-23) by a landslide with a score of 78-6, winning all but one of their matches. With a relatively small lineup of seven wrestlers, Northwood was forced to forfeit seven of the 14 matches, losing six points for each match. 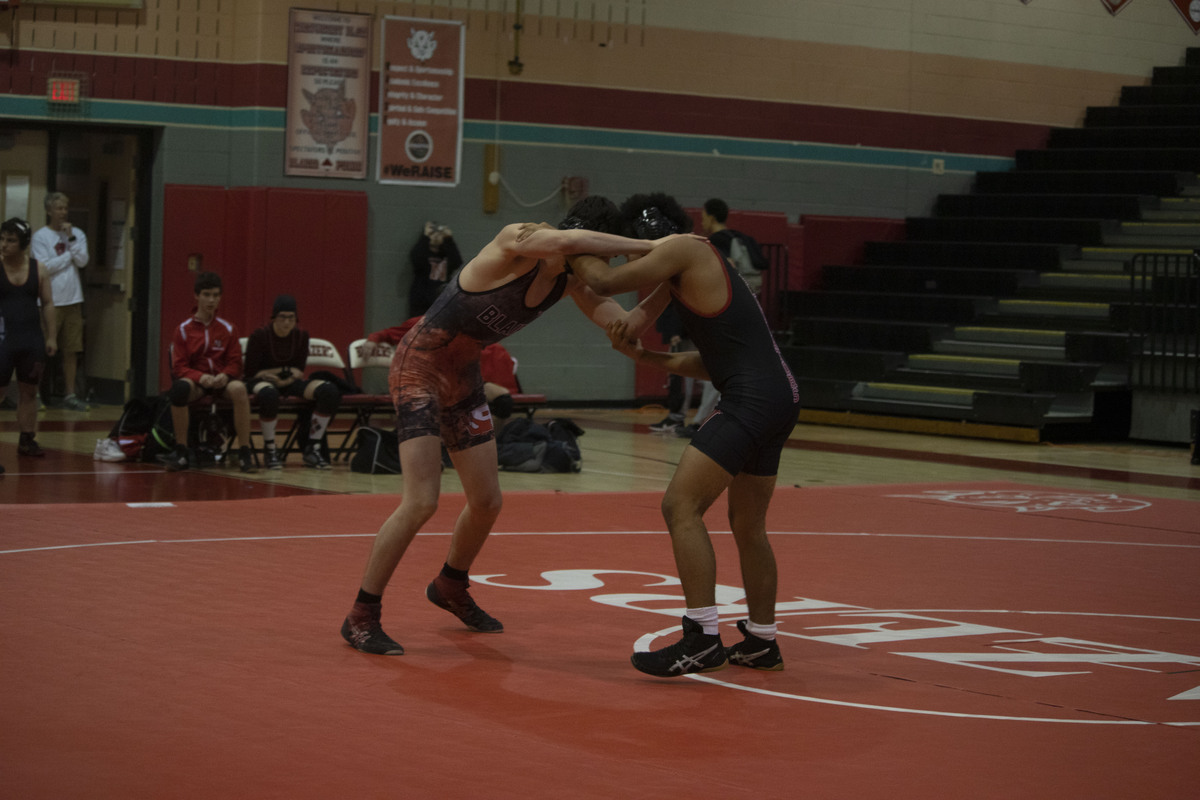 Photo: Senior Jason Kaplan and his opponent look for an opportunity for a takedown.

Senior Jason Kaplan and his opponent look for an opportunity for a takedown. Photo courtesy of Sydney Hastings-Wilkins.

In the 145-pound weight class, Fonseka used the forfeit-heavy game as an opportunity to experiment on the mat. "I've been waiting until the third period to go 100 percent in my previous matches, and I wanted to test myself this time," he said. "I also tried to work in some moves that I've been practicing in the room."

Kim's pin took more work than he initially expected, and he went head to head with an extremely aggressive opponent in the 138-pound weight class. "I was actually pretty surprised by his toughness, so we shouldn't underestimate another team just because they have fewer wrestlers," Kim said.

Senior Kemith Sturdavent lost the last match to Northwood and the Blazers ended the meet 78-6, but head coach Tim Grover was satisfied. "Northwood's heavyweight is very good— he's ranked very high in the state and our guy is a first year wrestler, so I'm not too upset about it," Grover said.

Chen noted that the Blazers have an amicable relationship with the Gladiators. "We've been wrestling with their better guys in the offseason, and tonight was a pretty friendly meet with our sister school," he said.

For Blair, tonight's win was just a "check off the box" as the team prepares for bigger postseason meets according to Grover. Chen said Northwood kept the Blazers on their feet and focused for the upcoming varsity tournament this weekend. "They didn't have many guys, but they're still pretty tough," senior and team captain Elias Chen said. "We knew we were going to win on forfeits, but we wanted to win the matches, too."

Varsity wrestling will play their next home match on Wednesday, Jan. 29 against Einstein and Wheaton at 6:15 p.m.