The Blair varsity wrestling team (24-2) took the win on Thursday evening against both the Wheaton Knights (5-5) and the Einstein Titans (6-3) at their last home meet of the season. The Blazers' tough conditioning from early in the season paid off during the matches against both teams, as the majority of the matches ended with quick pins and takedowns. 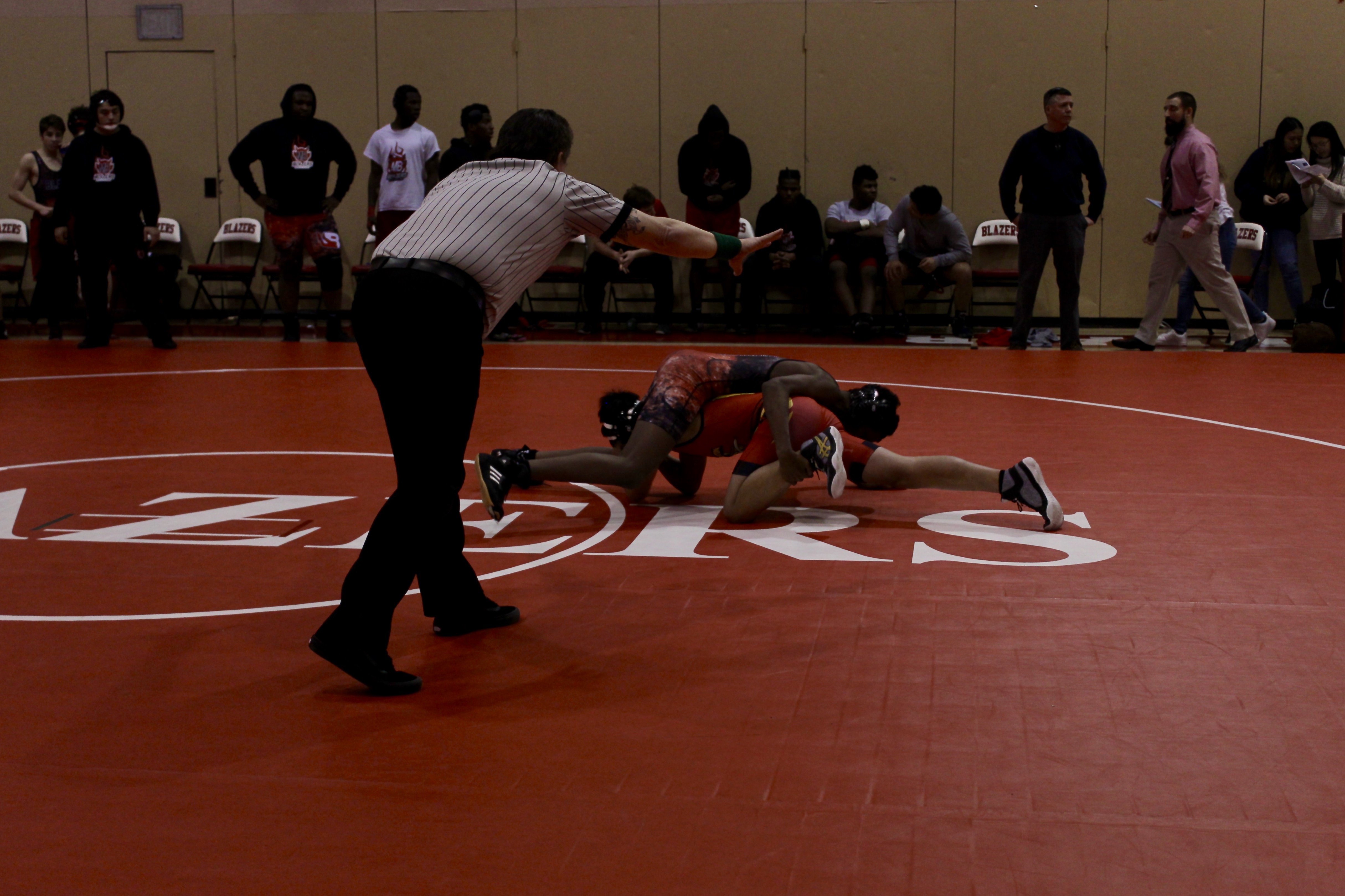 After Einstein beat Wheaton during the first segment of the tri-meet, Blair wrestlers and their families gathered on the mats for senior night. The athletes received flowers, memorable posters decorated by the team managers and wrestling sweatshirts to commemorate their years of hard work on the team. 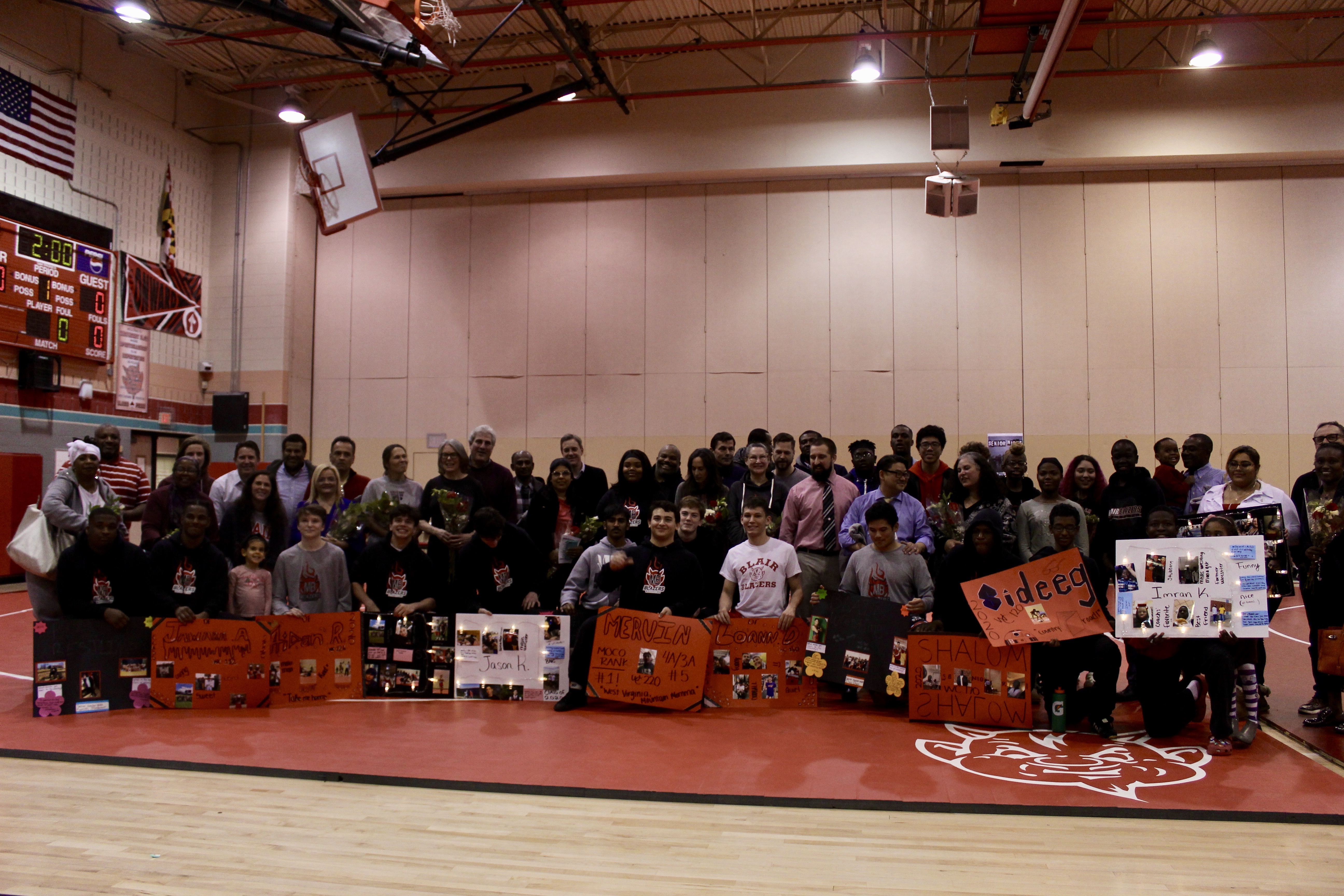 Photo: Blair senior wrestlers and team managers smile for the camera with their families (courtesy of Isabelle Megosh).

Blair senior wrestlers and team managers smile for the camera with their families (courtesy of Isabelle Megosh).

Blair's matches against Wheaton passed with a breeze. Mancia and sophomore Holden DuBois earned six points each for Blair on forfeits from Wheaton. Chen, Sturdavent, Abdulla, junior and team captain Brian McCaw, Rogers, freshman Nelson Manzoeta, Kaplan and Ayivi won their matches by pinning their opponents and earned six points each as well.

Despite winning his match in the 120-pound weight class and bringing the score to 30-0, Abdulla received a one-point penalty for stalling as his shoelaces were untied, but he noted that his loose shoelaces have been a running gag for the team all season. It wasn't on purpose this time, but he still found it funny. "I was just too into the match and I ran in without thinking about it," he said.

Sophomore Nikolai Tochilin, Fonseka and sophomore Junior Kim won their respective matches on a regular decision, where they earned more individual points in their matches and hence scored three team points for Blair. Fonseka's match in the 138-pound weight class went into overtime, and the crowd's cheers soared as he got the first takedown and broke the tie. Fonseka wasn't surprised, as he expected to win. "The past two times I've gone into overtime I've lost, so I couldn't let it happen again," he said. "It's bittersweet because I know I'm better than that guy and I shouldn't have gone into overtime in the first place."

Blair finished their matches against Wheaton with a final score of 70-3. In the Blazers' matches against Einstein, they took the majority of pins and finished with a similar score of 71-3. The two landslide wins marked the end of an undefeated series of home meets, and fuels them for the post-regular season meets to come in February.