Blair to send students to France in pilot exchange program

After receiving students from France for three years, Blair's first year sends a delegation for the first time

The Youth Ambassadors Program is sending a delegation of eight juniors and seniors from Blair on a two week exchange to France from Nov. 30 to Dec. 14. The Blazers will be going with seven students and one teacher from Northwestern High School in Hyattsville. Blair has been receiving youth ambassadors from France for the past three years. This is the first year that the exchange will be going in the other direction. Blair will also be receiving a delegation of students from France from Oct. 24 until Nov. 2. 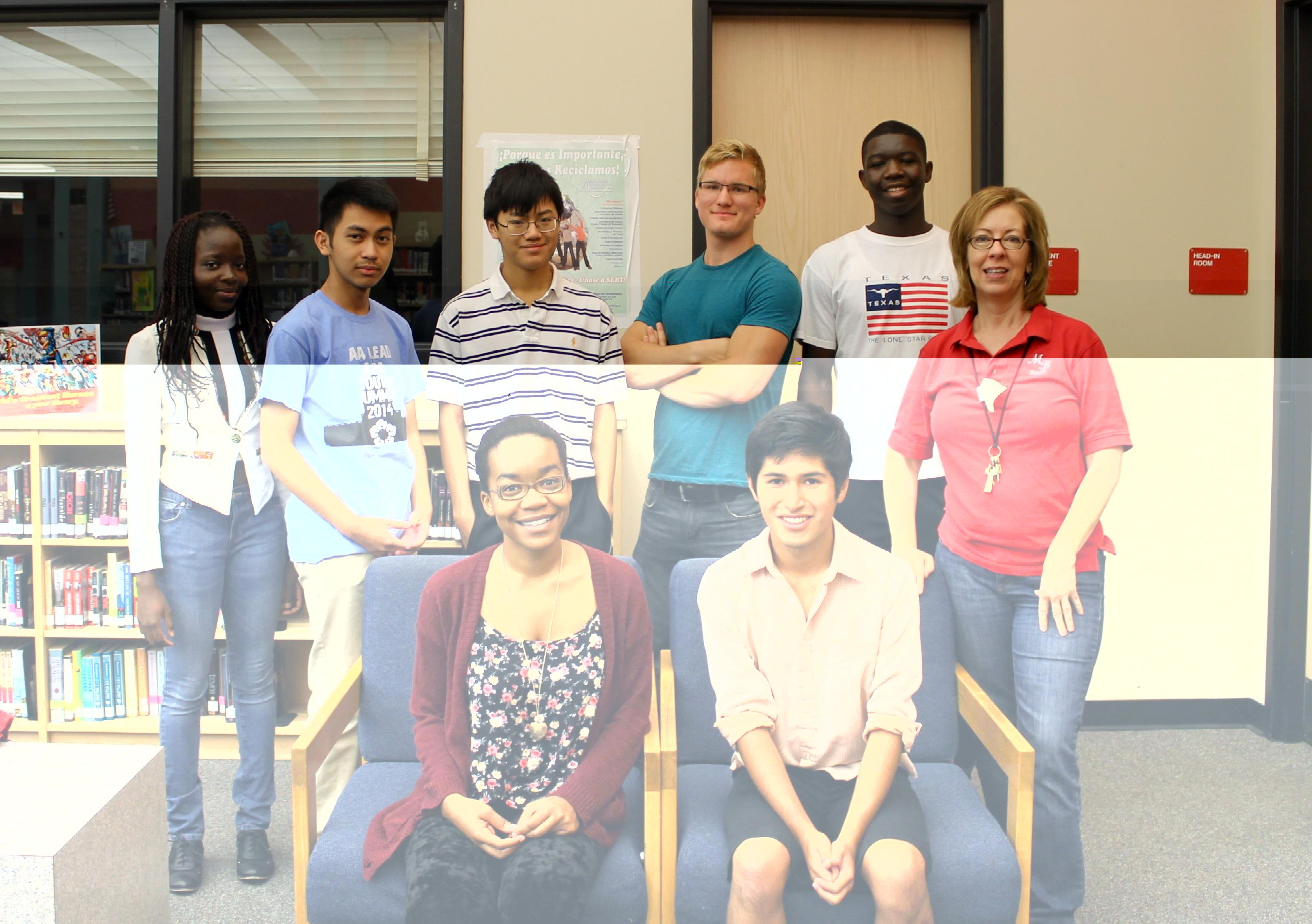 Photo: The students going on the French exchange program.

The U.S. Embassy in France, in conjunction with the French National Organization for Social Cohesion and Equal Opportunity ( ACSÉ ), and the French Association for the Development of Civic and European Initiatives (ADICE ) are sponsoring the program. According to the information letter sent out to parents about the trip, the objective of the Youth Ambassadors Program is to foster cross-cultural dialogue by encouraging students from "low income and culturally diverse backgrounds" to immerse themselves in other cultures.

While in France, Blair's youth ambassadors will be representing the school and the country. They will stay together in Paris for the first week of the exchange before separating and staying with host families in three different regions, Île-de-France, Aquitaine and Nord-Pas-de-Calais, for the second week. While staying with their host families, they will be attending different French high schools and teaching other young people in France about culture, history and diversity in the United States.

The process to enter the program began last school year in April. Students who applied had to have an "A" or "B" in French 2 or above.

Blair media specialist Andrea Lamphier is leading the trip. Lamphier said that the trip came about serendipitously, and that she was not aware that it was a prospect. "I didn't know if this was possible, but they just came to me one day and basically said, after years of going one way, 'And of course we'd love you guys to come over too,'" Lamphier said.

But Lamphier also said that it is unclear whether the trip will happen again next year. "It depends entirely on how well it goes this year, and on funding, I would assume," Lamphier said.

Junior Eljoy Tanos, one of the students going on the trip, said he is most excited to get to know new people in France. "I'm looking forward to staying with my host family. Also going to a French high school and having French students laugh at me like, 'Haha, look at the American who can't speak French,'" he said.

Staff writer Neida Mbuia Joao is a member of the Youth Ambassadors program.