Blair junior guard Alfred Worrell notched 1,000 varsity career points in a win over Whitman on Feb. 21. The previous boys' varsity basketball player to surpass this 1,000 point benchmark was Brian Magner, who played in the 1970s. Worrell has been on the varsity team since his freshman year, and has been a starter since the midway point of his sophomore year.

Going into the game, Worrell was just 19 points away from 1,000, but he didn't feel nervous to reach the milestone. "I didn't feel any pressure, I just looked at it as a regular game, I played my game, and I let the game come to me," Worrell said. 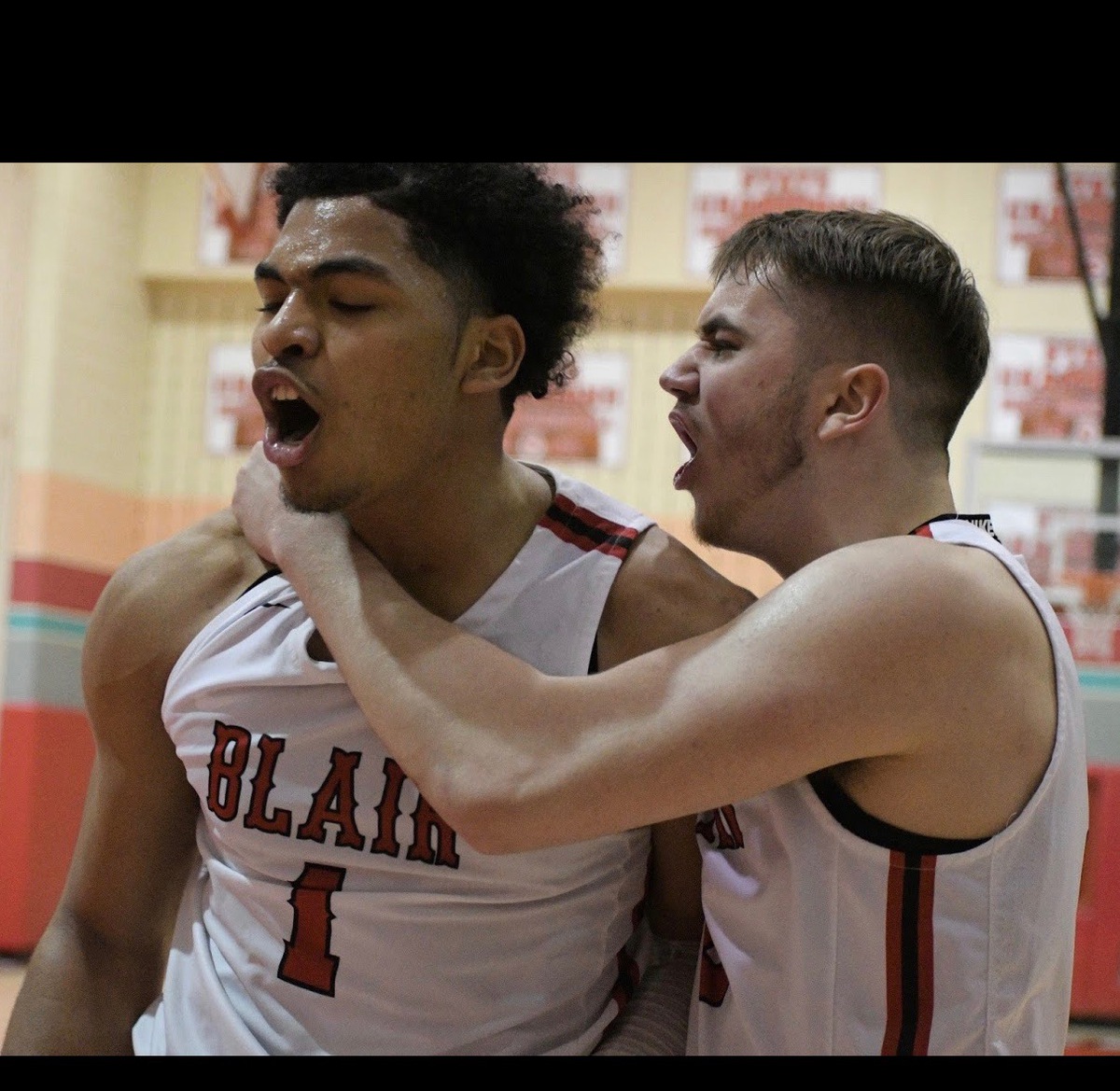 Worrell prides himself on how hard he works during the off-season, and even during the season, so to reach this impressive milestone is rewarding. "It feels really good... I worked really hard in the summer, just started playing basketball in the eighth grade pretty much, and every summer, no one believed in me so I just took that chip on my shoulder and just kept working, and I'm going to keep on working," Worrell said.

Worrell was playing for more than himself during that game. Over the summer, his brother tragically passed away. Ever since, Worrell has been inspired to be the best he can be. "I did it for my brother pretty much, I knew I was gonna hit it. In the warm up lines I wore my brother's shirt, and it felt really good to get it for him," Worrell said.

Blair's boys' varsity basketball lost their first round playoff game against Paint Branch on Feb. 27 by a score of 61-54.

Billy Scott. What's up! My name is Billy Scott (he/him), and I am a sports editor for SCO! I am a member of the Dual Enrollment Program, meaning I am in the graduating class of 2021 at both Montgomery College and at Blair. I love rap, my … More »