A variety of speakers talk to forensic and law students

On Nov. 20, Blair held their second annual Crime and Punishment day in order to give students the opportunity to explore different areas of forensic science. The day consisted of a variety of professionals from different fields coming in to speak to students. This year's event was organized by forensic teachers Megan Hart and Ashley Johnson as well as Justice, Law and Society teacher Jennifer Bach.

Crime and Punishment day was created last year by Hart and Stefanie Weldon, a former law teacher. They decided to combine all of the guest speakers they hosted throughout the year into one day. Students might have a firmer grasp of the complexities behind forensic science. "I hope they gained an appreciation for the amount of collaboration that goes into solving a crime," said Hart.

There were four different sessions through which students rotated throughout the day, talking to different guest speakers. The guests were people of various criminal or forensic occupations, including chemists, lawyers, attorneys and FBI agents. This year, speakers included Maryland State Attorney John McCarthy and retired FBI officer Walter Steffens. 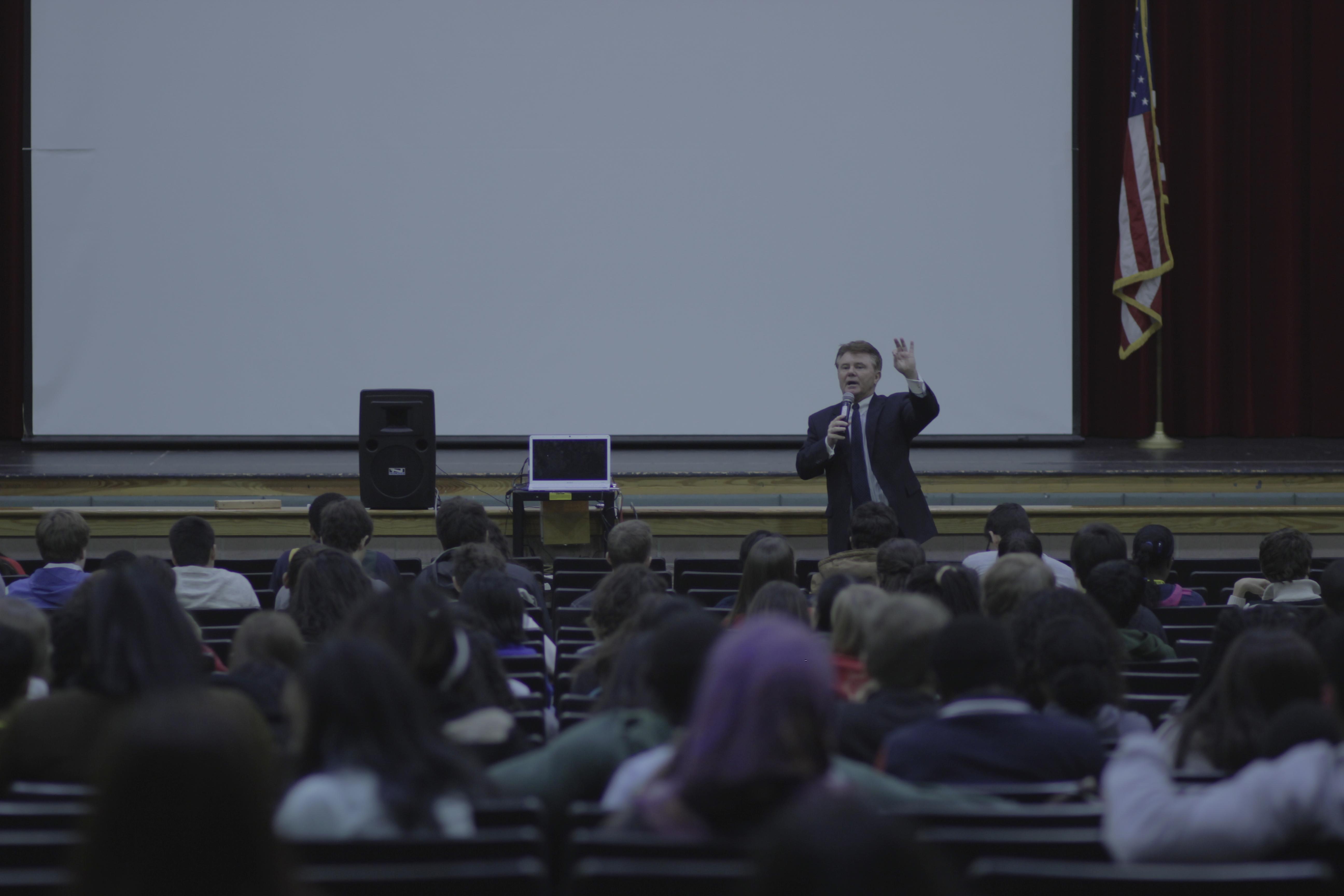 Students appreciated the guests and their presentations. "I thought the guest speakers were really nice and charismatic," said senior Patty Pablo. "And the science was cool."

Hart said that she got the speakers through connections that she and other Crime and Punishment day sponsors forged throughout their lives. "It's a mix of guest speakers—some that I get and some that Ms. Bach or Mrs. Johnson got," said Hart.

Hart hopes that students see the fallacies about crime solving presented in fictitious TV shows like CSI. "There is a misconception that crimes are solved in a short amount of time," she said. "So I was hoping that [the presenters] would talk about the sort of road bumps and challenges in solving a crime that they had to overcome."

Because she felt she didn't get enough feedback last year, Hart included a survey among the day's activities so that she could learn more about students' opinions. "It made us see if it is a worthwhile event, or how we should change it to make it better for students." Through this, Hart will determine which guests were the best ones and which might need more guidance, in addition to other changes the day might need.

For example, Hart is looking into adding a signup sheet so that students can learn about things they are more interested in. "If a student is more focused on a particular career then they could sign up for that particular session so that they will have a little more investment in which speakers they go to see," said Hart. Although Hart feels that Crime and Punishment day was a success, she hopes that these additions will improve the experience in upcoming years.