For the 2017-2018 school year, Montgomery County Public School's (MCPS) Department of Facilities Management added four new portables and changed two computer labs into classrooms. The expansion occurred after school administration ran a simulation that revealed Blair had more students than space. Construction of the portables began in June 2017 and ended in July, several weeks ahead of schedule.

In October 2016, the Division of Long-range Planning (DLRP) predicted the student enrollment for the 2017-2018 school year. After the DLRP approved Principal Renay Johnson's request for six relocatable classrooms, the Division of Construction and DLRP planned and completed installation during summer to avoid disrupting classes.

Johnson explained that further expansion will take place before the 2018-2019 school year. "The following school year, we're going to have more students, because everyone wants to be a Blazer, so I'm going to get four more [portables]," Johnson said. 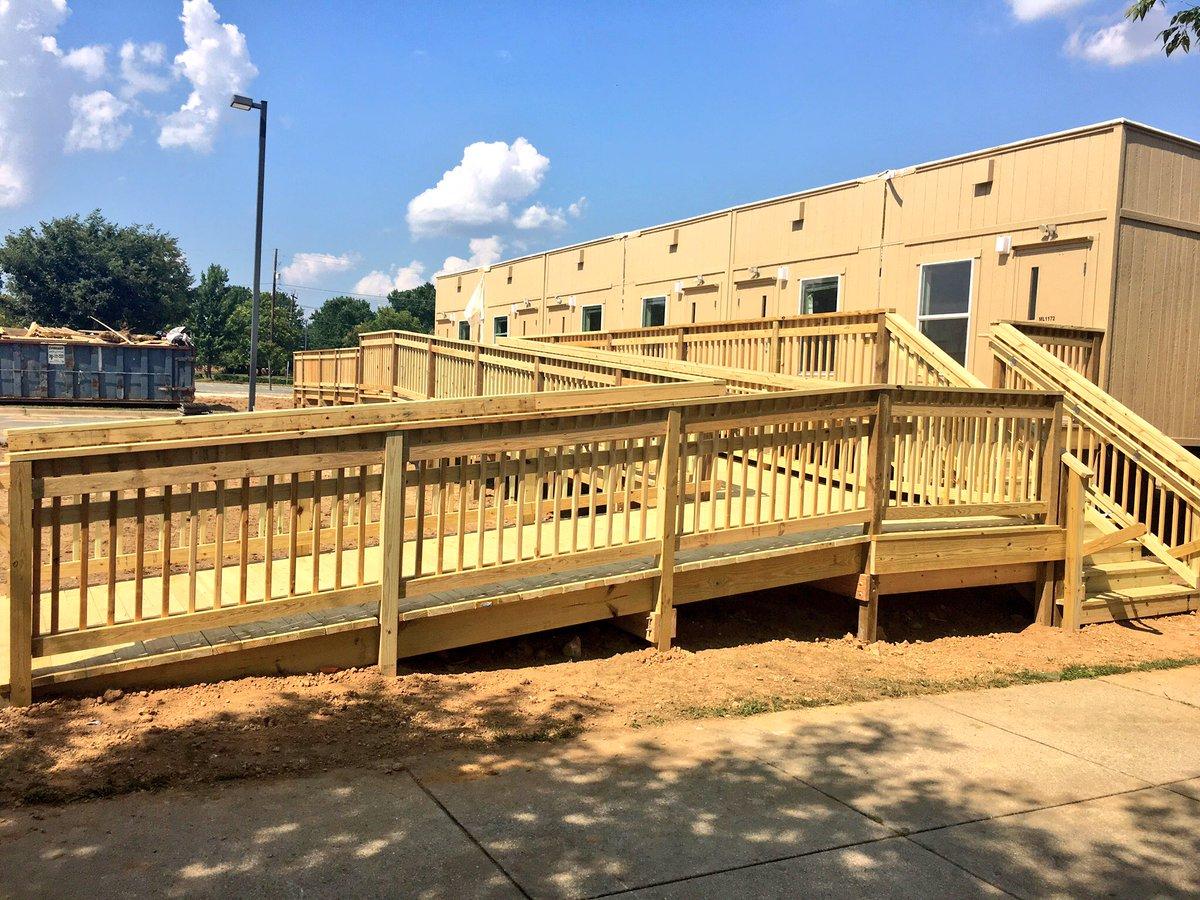 Photo: The portables are accessible to all students, with both ramps and stairs.

The portables are accessible to all students, with both ramps and stairs.  Photo courtesy of Renay Johnson.

Senior Michael Yin, Montgomery County Regional Student Government Association (MCR-SGA) president, is glad that there is more space for learning to accommodate Blair's diverse student body. "I think it's great that we have a large and really diverse population. I think the problem occurs when there are not enough resources to accommodate that, [but] I'm glad we have more room for classes," Yin said.

The portables are located next to the building toward the Student Activity Center (SAC) entrance for easy access. They have air conditioning and heating that teachers can control. They are also wheelchair accessible.

Johnson points to the safety of the portables as a priority. "I want fencing around all four portables, because we're very close to the metro bus lines and roads. I don't want people who don't have shelter to think that's a great place to go inside. The portables are going to have computers and projectors, and I don't want those things to be vulnerable to theft," Johnson said.

According to Johnson, the teachers, security and administration will be discussing a system of entering the building from the portables after teachers return on Aug. 23. "My vision is: you have a swipe card; you swipe in the SAC entrance; you go to the bathroom and then you swipe back inside. But that may not work for the teachers, so we have to have some collaboration on that," Johnson said.

Photo: The portables are located next to the building, near the SAC end, in front of the bus lots.

The portables are located next to the building, near the SAC end, in front of the bus lots. Photo courtesy of Renay Johnson.

While many students are excited at the prospect of learning in the new environment, junior Shwetha Kunnam would prefer to be in a classroom. "You can get to the bathroom more easily, and it's less cramped in a classroom," Kunnam said.

Johnson noted that Blair's student enrollment is projected to grow in coming years. "We currently have over 3,100 students, so we're the largest school in Maryland. We're looking to have as many as 3,600 students in the future," Johnson said.

Blair will expand further in the future to keep up with increased student enrollment. In five years, construction will begin on Blair's main building to include a new gym, a larger SAC and 18 new classrooms.