Purchase of new shell was result of successful fundraising

On July 26, the Blair crew team picked up its third racing boat, a used 1991 Vespoli Midweight 8, at the Bladensburg Waterfront Park where the team practices. 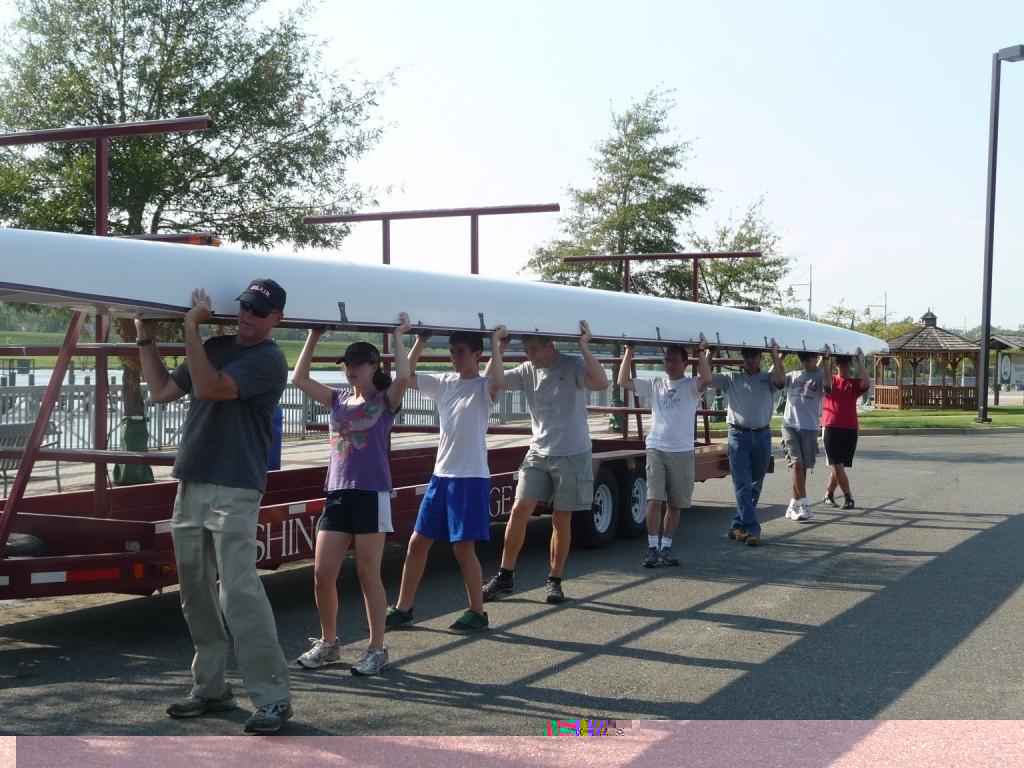 The purchase of the boat from Washington College was a major accomplishment for the club team, which is funded entirely by team dues, donations, and fundraising. Buying the boat, even at a discounted price, required a coordinated effort by the team, the board of directors of Blair Crew and its supporters.

According to Evelyn Ying, President of the Crew Board, new boats that hold eight rowers cost around $40,000 each and new fours, which hold four rowersm cost around $20,000. All of the boats that Blair owns have been used and refurbished.

Most of the boat funds were raised through Crew's annual holiday wreath sale, restaurant nights, pizza sales at Blair, car washes and sales of Blair hats and stickers. In addition, the team held an "Erg-a-thon,” in which rowers found sponsors to pledge money for rowing a certain distance on the stationary rowing equipment known as an "Erg.” The team's goal was to raise at least $4,000 by the end of the 2012 season. With much support from family and friends, Blair Crew ended up raising $5,000, which helped cover the cost of a new shell as well as other equipment.

Ying believes the Erg-a-thon, in addition to being a vital source of funds, raised team morale. "The Erg-a-thon was very successful and fun for the kids to be rowing together, knowing they had sponsors, friends and family supporting and contributing to them," Ying said.

The rowers are aware of the high cost for students to participate. "Since we're paying out of pocket, we recognize the expense and do as much as possible to lower the cost, not just for ourselves, but for the team as a whole," senior co-captain Ellie Mejia said. 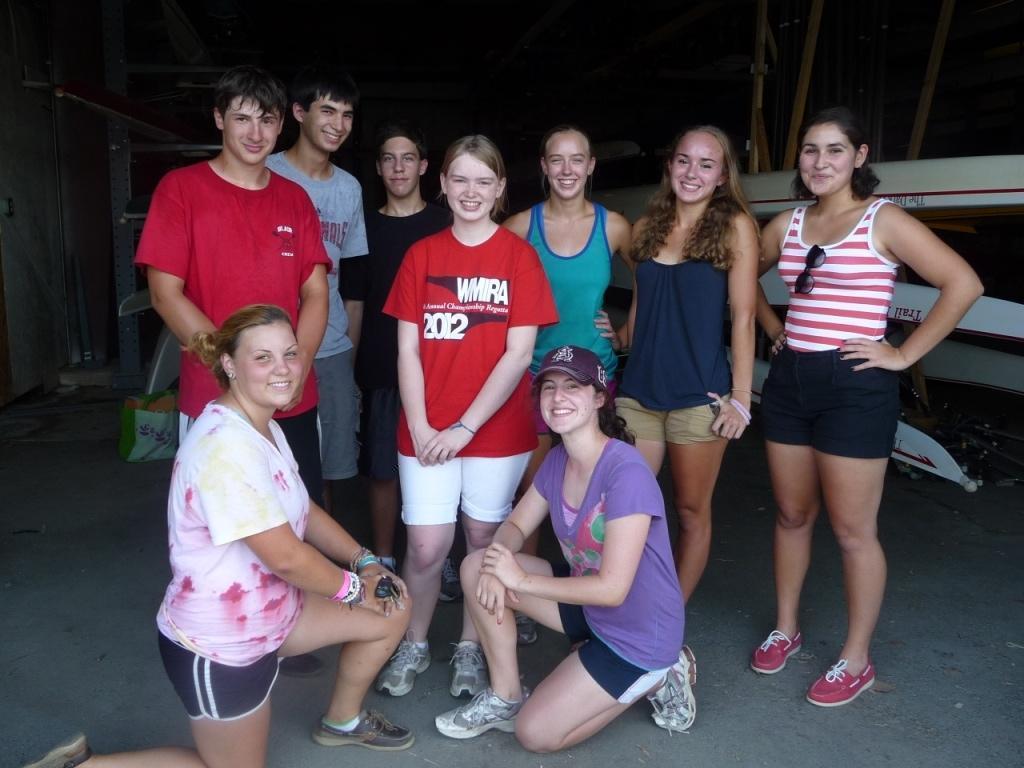 Photo: The team poses after delivering and storing its new shell.

Photo: The team poses after delivering and storing its new shell. Photo courtesy of Lily Gates.

Without such financial support, the crew team would not be able to continue to compete. "It requires outside funding, which provides a great motivation for fundraising, because without it our team would be disbanded," senior co-captain Eli Fellows said.

According to Ying, raising the money to purchase the new shell was necessary to keep up with Blair's competition. "We want to purchase better equipment for our rowers who continue to improve. In order to stay competitive, we need to have faster boats and better equipment," Ying said.

Not only has fundraising helped the team financially, it has also helped create a sense of community. Junior Jeanne Garner felt welcomed her first year on crew after participating in a carwash fundraiser before the fall rowing season had started. "It was a great way to be introduced to the team, and I was able to meet some of my new teammates there," Garner said.

Although the shell needs some minor repairs and polishing, Coach Liaison Steve Sleigh is confident it is in good condition. "It's old but well-taken care of and ready to row in," he said.

As Blair Crew prepares to work on the new shell for competition, the team is excited about its new boat and hopeful it will make a positive difference in their success this coming year. "It makes me happy we're moving up in the rowing world. We're a young team and we really started from scratch. I take it as a sign of progress that we've managed to purchase some boats for ourselves," Mejia said.