The Blair Blazers (14-1) beat the Richard Montgomery Rockets (6-8) 3-1 after going down by a goal late in the first half. Blair's comeback was led by the team's senior captains Sean Munroe and Jimmy McMillian, who each scored a goal in the second half.

Blair opened the match on the back foot, with senior defenders Diego Melendez and Jesse Griff-McMahon seeing a lot of action. Junior goalkeeper Ricky Benitez, who filled in for the concussed senior Charlie Waltz-Chesney, was also forced to make several saves in the opening minutes of the game.

Blair's first offensive opportunity came in the 27th minute on a cross from the right wing by senior forward Michael Lake, and the ensuing header by Munroe missed just over the crossbar. Richard Montgomery quickly countered and was stopped by Griff-McMahon. 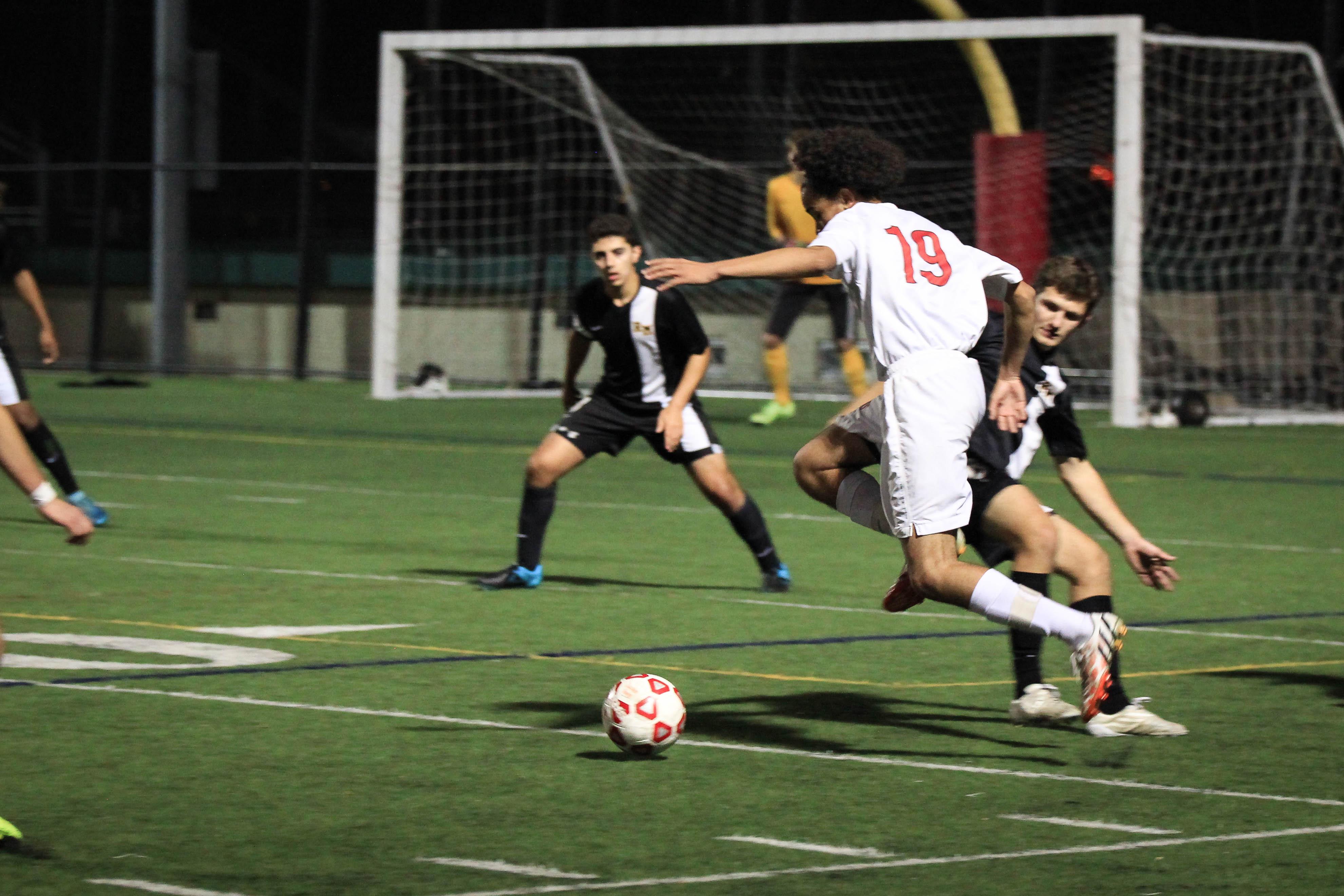 With five minutes remaining in the first half, the Rockets were fouled inside the box, leading to a goal off of a penalty kick. According to Munroe, Blair's first half struggles have plagued the team for some time. "We really need to work on coming out stronger, they really controlled us for the first twenty minutes of the game," said Munroe.

Blair came out firing in the second half, and five minutes into the half the team was knocking on the door. A well placed through ball by junior midfielder Jordi Long gave Munroe an open shot on net, which he put away in the lower right corner. Blair continued applying the pressure, and in the 63rd minute the Blazers took the lead with a goal by Jimmy McMillian on a deflected cross from junior Rolph Ngana.

Down by a goal, Richard Montgomery began taking a few shots of their own. A free kick in the seventy second minute was saved at the far corner by Benitez, giving up a corner kick. The opportunity was dealt with by junior defender Alex Sarri-Tobar, who headed the ball clear.

In the seventy fifth minute, senior striker Miguel Lopez was fouled just outside the box. Senior midfielder Ronaldo Sotelo stood over to take the kick. The Rockets keeper was busy setting the wall, and none of the Richard Montgomery players were guarding the front post, allowing Sotelo to hit a low shot at the near post, giving Blair a 3-1 lead.

Griff-McMahon attributed Blair's success to the team's ability to turn things around in the second half. "We played the ball from the back, started completing our passes, kept our composure, and came out on top," he said. Head coach John Haigh highlighted the team's difficulty starting games strong. "We can't come out like that in the next game or we'll lose, we'll just be in too big of a hole to dig ourselves out of," said Haigh.

As a whole, the team struggled in the first half but went back to the basics and fought their way back late in the game. According to Benitez, "When we play our game, there isn't anybody in the county who can beat us." The Blazers hope to continue their playoff run Thursday against the Walter Johnson Wildcats (12-3).