Blair holds the largest number of semi-finalists in Montgomery County.

On Sept. 15, the National Merit Scholarship Corporation (NMSC) released the list of 2022 semi-finalists, which included 47 Blazers. Blair had the highest number of semi-finalists in the county, with an 11 person increase from last year's 40 and a 15 person increase from 2019. The original list published by the National Merit Scholarship Program included only 40 Blazers, but seven more were named after the list was finalized.

Later on, on Sept. 28th, an additional four individuals were announced by the Blair administration, bringing Blair's total number of semi-finalists to 51. Submission by alternate entry, using an SAT score, may have led to names announced later since NMSC only needs to receive scores from College Board by Oct. 15. 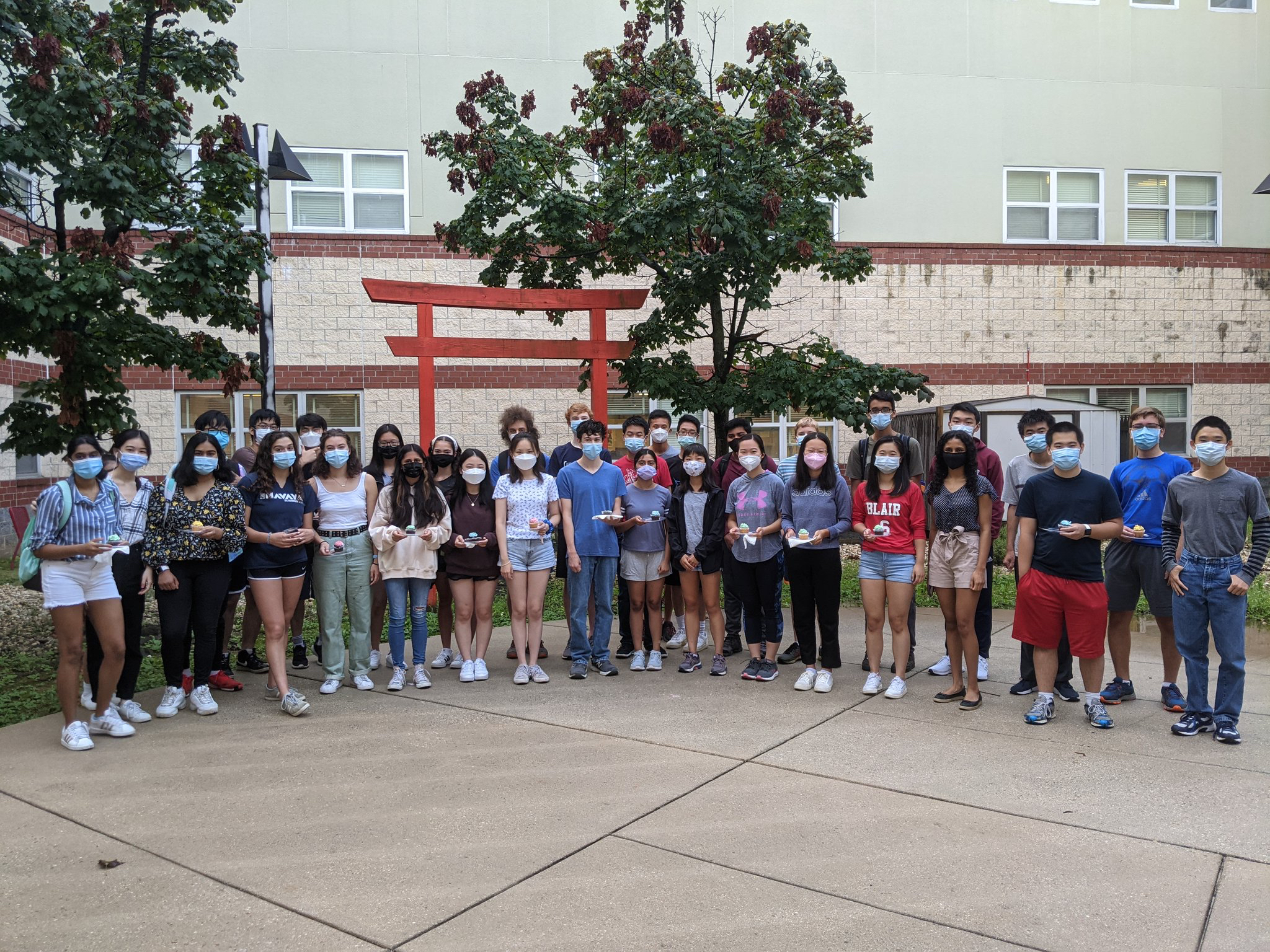 Blair's principal Renay Johnson congratulated these outstanding students in her monthly newsletter. "Congratulations to our 51 National Merit Semi-finalists, the most from any one school in Maryland!" Johnson wrote.

A celebration for 47 of the semi-finalists was held in the courtyard outside the counseling office at 7:45 a.m. on Friday, Sept. 17. Senior Sally Kaye was both surprised and excited to receive her results. "I was excited because the chance of getting a scholarship is really exciting and recognition is nice," Kaye said.

Senior Celeste Basken, one of the National Merit semi-finalists, applied via alternate entry with her SAT score. Though she was also surprised when she received her results, she doesn't believe that such a high emphasis should be placed on test scores. "I feel like the SAT is not really a great measure of academic success or people's intelligence… I mean, for some people, it definitely means a lot and I totally support them for that. I just think it's important for the administration to emphasize things besides just test scores and things that are not necessarily equitably administered," Basken said.

Getting to a testing site, having time to study or even sending SAT scores from College Board to NMSC could be obstacles for students.

Kaye furthermore attested to a lack of widespread information that could have prevented more non-program Blazers from earning the title of semi-finalist, as only two of the 51 students were not in the CAP or Magnet Programs. "Everyone should have equal access to information on how to do these things because a lot of people aren't getting the recognition they deserve," Kaye said.

The National Merit Scholarship semi-finalists were determined based on PSAT/NMSQT scores from junior year or on an alternative entry. Maryland was one of three regions that had the highest cutoff of 224, a three-point increase from last year, contributing to the total of approximately 16,000 semi-finalists.

Given clearer information on the process of applying to the National Merit Scholarship through InfoFlow or announcements in class, more and more Blazers will no doubt meet and exceed expectations to become National Merit semi-finalists.

Editor's Note: The National Merit Scholarship semi-finalists include Tharindi Jayatilake and Joy Song, both of which are members of SCO.

Isabelle Yang. Hi, I'm Isabelle! Outside of SCO, I love to listen to music, hike and solve puzzles. More »